Your mouth is the first part of the journey from food to usable energy, and the colon is the last stop. On the way out, the colon wrings out the last water from your food.

The wall of the colon is filled with muscles to help move food along, but it’s not invulnerable. In weak areas of the wall subjected to pressure from stools, small outpouches called diverticuli can form.

When one of those diverticuli becomes plugged, an inflammation called diverticulitis develops.

Diverticulosis is much more frequent in developed countries where the diet is poor in fiber and grains are refined. The resulting hard stools contribute to a high-pressure environment in the colon and therefore more outpouchings.

The management of diverticulosis is geared at preventing diverticulitis, and therefore avoiding situations where one of the diverticuli gets plugged.

The belief used to be that nuts, seeds and peels were the primary culprits; however, this myth has been debunked and it is almost always a piece of hard stool that is responsible for plugging the opening of a diverticulum.

It is therefore important to have soft and mushy bowel movements to avoid diverticulitis. It is more about what to eat than what not to eat.

A high-fiber diet is recommended (think grains, vegetables, fruits) along with lots of fluids (a gallon a day is recommended and can include any liquid, such as water, juices, tea and coffee).

Additional fiber is available over the counter at any pharmacy or grocery store.

Diverticulitis can manifest itself in many ways. These are not mutually exclusive and can go from one to another. In some patients, complications arise without having early symptoms.

So-called “simple” diverticulitis, so named when the condition has no serious complications and can typically be treated without surgery, is the most common form of diverticulitis. Pain is its most reliable symptom.

It is usually on the left side and low in the abdomen, but the location can vary. It can be accompanied by constipation, diarrhea and fever.

A doctor can diagnose this condition, though sometimes a CAT scan is necessary.

The treatment is antibiotics to defeat the infection and bowel rest. That starts with a liquid-only diet and proceeds to a low-fiber diet to prevent the bowel from being pressed upon and pushed out, or distended, from the inside.

When symptoms go away, return to a high-fiber and high-fluid diet. A colonoscopy is recommended if not done in the past three to five years and is usually performed by our gastroenterologist colleagues.

In complicated diverticulitis, something goes beyond the initial attack. A perforation or rupture can happen and lead to a life-threatening peritonitis, or it can be contained and cause an abscess.

Another possibility is an abnormal connection between the bowel and the bladder or vagina. Symptoms here include urinary tract infections, air in the urine or a vaginal discharge.

Other complications include recurrent attacks and progression to a chronic form of diverticulitis where symptoms happen even in between attacks of simple diverticulitis. These symptoms are usually bloating and pain an hour or two after eating, usually relieved by a bowel movement.

If you think these symptoms may apply to you, talk to your doctor about it.

Surgery recommended in some cases

As with all gastrointestinal surgeries, a planned operation is far safer and more effective than an emergency one. Surgery is recommended after a few simple attacks and after most complicated conditions.

The general goal is to prevent complications which often require a colostomy or a “stool bag” (usually temporary). Surgical and anesthesia techniques for disorders of the colon have improved lately and what used to be a six- to 10-day stay in the hospital is now closer to three to four days thanks to laparoscopy and a nationwide effort at enhancing recovery after bowel surgery.

To find out how Beebe Healthcare is creating the next generation of care for the community, go to www.nextgenerationofcare.org. 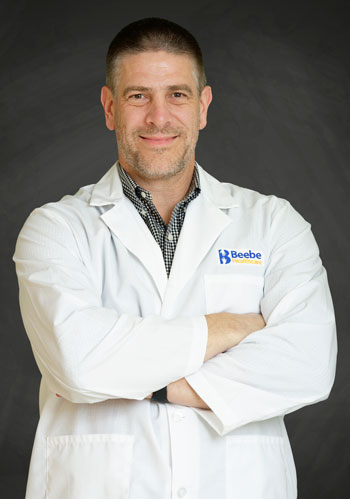 Erik Stancofski, MD, is a surgeon at Beebe General Surgery-Cape who is board certified in general surgery. Dr. Stancofski is a strong proponent of individualizing treatment approaches for different people, because we don't treat disease, we treat individuals with diseases. To learn more about Beebe General Surgery-Cape, call (302) 645-7050 or visit www.beebemedicalgroup.org/locations/beebe-general-surgery-cape-office.