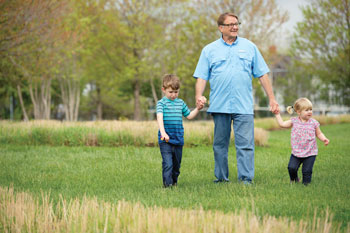 When it comes to healthy living, consistency is key. Ken Swick, 73,
father of five and grandfather of eight, has followed this mantra throughout
his life to promote his own wellness and the health of his family. 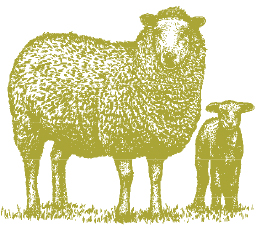 Rolling green hills dotted with white sheep. Blue skies and fresh air. Plenty of space to run. When Ken and his wife, Anne, first got married, this is where they made their home. Buying a farm near Gettysburg, Pa., allowed them to raise their children the way they wanted—living off the land with the outdoors at their disposal.

Ken spent his days as a father, a Lutheran pastor, and tending to the animals. As a member of the 193rd Special Operations Unit of the Pennsylvania National Guard, he also spent quite a bit of time out of the country.

“Right from the beginning it was a lot of work, but also a lot of fun,” Ken says. Chasing after his kids, coaching sports teams, and managing the sheep kept Ken busy and fit. His military service also played a part, requiring him to pass rigorous monthly physical exams. He never saw his health take a backseat. Life wouldn’t allow it.

Though his children kept him busy and active, Ken credits his wife as his biggest role model for health. Together, they gardened and taught their kids the importance of eating well. Each meal during the growing season was adorned with something fresh from the garden, whether it was cucumbers, peppers, or tomatoes. Gardening helped Ken and Anne teach their children the importance of eating fresh foods and reducing waste. 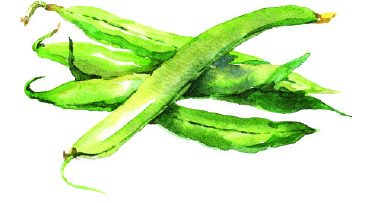 Ken credits walking and riding bikes for a big fitness boost, keeping him and his wife strong, limber, and healthy in middle age. They also continue to eat a diet high in fresh vegetables to boost internal health. Both mentalities came from their individual upbringings, and are practices they made sure to implement through all stages of their married life.

When Ken and Anne moved to Lewes to be closer to their daughter and her family, they continued the healthy traditions they had always followed. When age brought some health concerns and joint pain, Ken found good doctors who would listen to his concerns. “That was a great gift,” he says. “I found physicians who were patient and able to explain what was needed. I have a few favorites at Beebe, and they were patient with an old guy, which helped a great deal.” 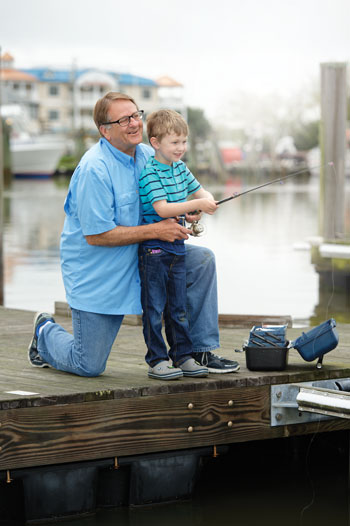 Now that Ken has gotten older, he finds support in his primary care doctors, who encourage him to continue his healthy eating habits and daily exercising activities. “Right now, I’m watching my wife cut up broccoli,” he says, proving that healthy eating is something they still strongly believe in.

With eight grandchildren between the ages of 14 and 2, Ken stays busy. “They keep me hopping! They’ll say, ‘Let’s run!’ And, well, I don’t run so well anymore, but they get me running.”

The healthy practices Ken and Anne taught their children are now being passed on to their grandchildren. Getting the kids outside and teaching them how to eat well is a high priority. By taking the grandchildren to farmer’s markets and showing them how to plant a garden, they’re beginning the conversation of healthy eating that will benefit the children as they grow.

Most afternoons you can find the Swick family on a walk together, older grandchildren skipping alongside and a wagon carrying the little ones. Making family walks a tradition illustrates the importance of getting outside every day, Ken says.

For those embarking on the beginning of their lives, entering into marriage, and starting a family, Ken encourages an active lifestyle. “An active life takes persistence—and maintenance,” he says. “Start using those muscle groups and joints today so you’ll feel good tomorrow, and years down the road. You come along healthy as you go.”

People who are physically active typically live longer and experience a lower risk for illnesses like heart disease, stroke, Type 2 diabetes, depression, some cancers, and obesity. Ken advises men to practice what they preach to their families, by getting outside more often—away from the screens and other electronic distractions. His advice for taking care of your body as you age? “Go out and do something. Take care of your body now, not someplace down the road,” he says. “Race every day with your 5-year-old grandson across the backyard.”

Recommendations and frequency of screenings will vary depending on past and current health and family history. Speak with your physician about the most appropriate screenings for your age.

Ages 18-39
Test your cholesterol, blood pressure, and blood sugar regularly during wellness visits to determine if you’re on
a healthy path.

Ages 40-65+
Talk to your physician about how often to have cholesterol, blood pressure, and blood sugar screenings.

Ages 50-65+
You’ve reached your 50s, time for your colorectal cancer screening. This will be done annually to every 10 years, depending on initial results.

Ages 65+
After age 65, get this one-time abdominal aortic aneurysm screening if you have ever smoked.