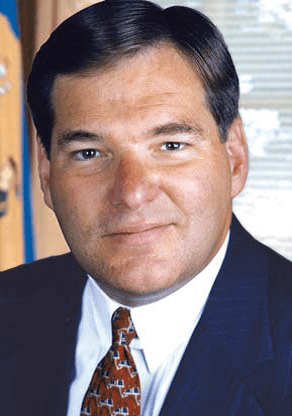 Beebe Medical Foundation’s Board Chair Christian Hudson announced that Alan Levin has joined the Foundation Board and will serve as a Director.

Levin is currently the senior advisor for SoDel Concepts, which comes after nearly seven years as Director of the Delaware Economic Development Office on former Gov. Jack Markell’s cabinet.

“Alan brings such a wealth of knowledge and experience, we are grateful for his willingness to serve,” Hudson said.

Before joining Gov. Markell, Levin served as President and CEO of Happy Harry's, the 10th largest drugstore chain in the United States, before its merger with the Walgreen Company in July 2006. During his tenure, he grew the company from 16 to 76 stores and to 2,700 employees.

In recognition of Levin’s service to Delaware, Gov. Markell awarded him The Order of the First State, Delaware’s highest honor. He is also the recipient of the Delaware Distinguished Service Medal from Delaware's Adjutant General for his work to assist the families of the National Guard and Reserve during Operations Desert Storm and Iraqi Freedom. A member of the Delaware Bar, he served in the Delaware Department of Justice as a Deputy Attorney General, and as Executive Assistant and Counsel to U.S. Senator William V. Roth, Jr.

Levin is involved in many other civic and corporate activities.

“When you have an important resource like Beebe Healthcare serving Sussex County, it is imperative that those who serve step up to assist in executing its mission of service. I am honored to be asked to participate in this mission,” Levin said.

“It is a pure joy to welcome Alan to the Board,” said Tom Protack, President of Beebe Medical Foundation. “He and his wife, Ellen, have been strong and loyal supporters of Beebe, 1916 Club members, and campaign donors. I look forward to working even more closely with him as Beebe Healthcare continues to expand in Sussex County. Alan is a true philanthropist and community leader who realizes the essential asset that Beebe Healthcare is to our community.”

Since it was established in 1989, Beebe Medical Foundation has been raising money to help fulfill Beebe Healthcare’s not-for-profit charitable mission, which is to encourage healthy living, prevent illness, and restore optimal health to the people residing, working, or visiting the communities it serves. As an independent, not-for-profit healthcare system, Beebe Healthcare could not serve our growing community without local philanthropy. To learn more go to beebemedicalfoundation.org.