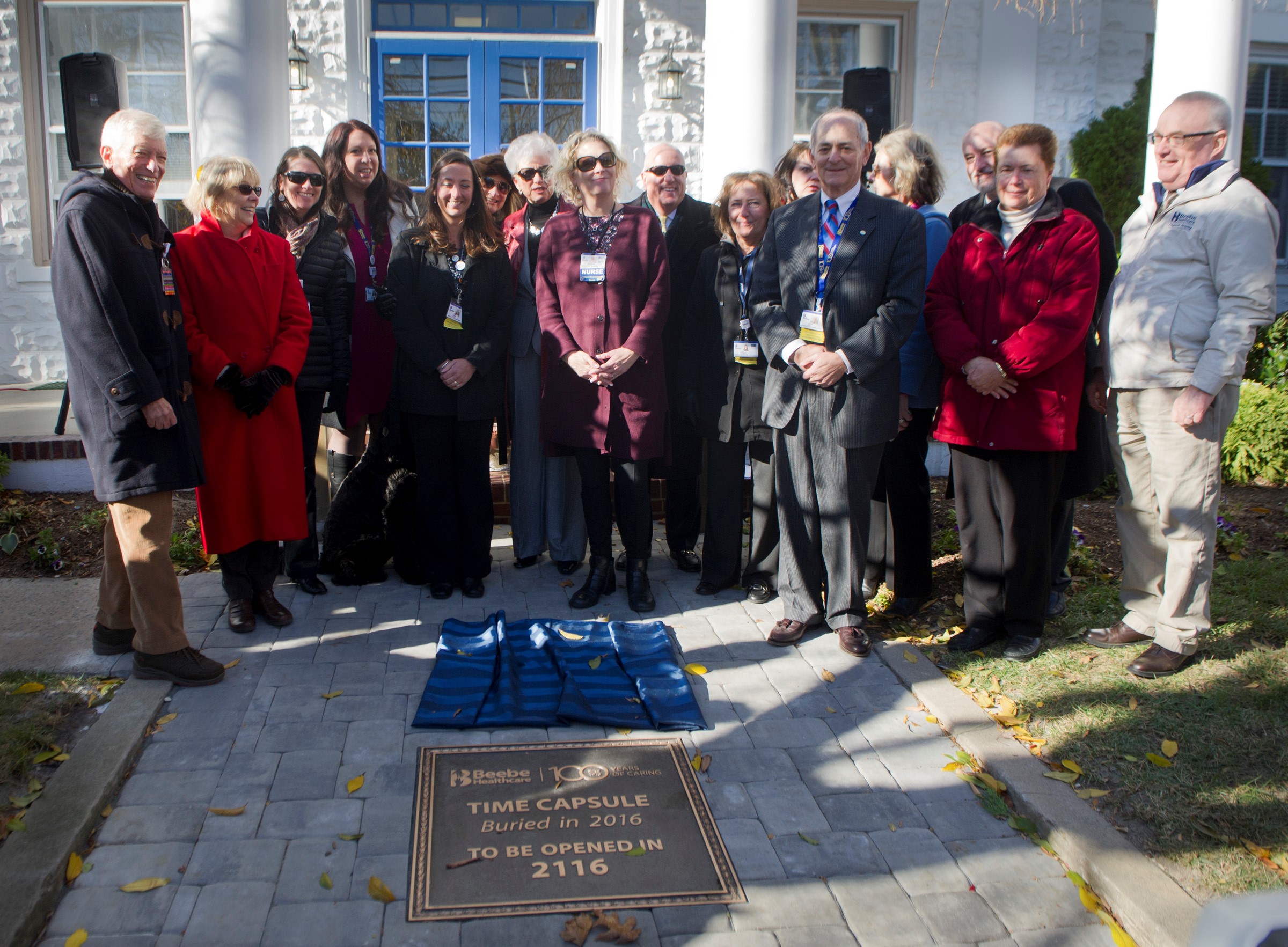 Earlier this month, workers removed the sidewalk in front of the historic Shaw building to bury a time capsule full of information about Beebe’s 100-year-history. The sidewalk was then replaced with a plaque inserted stating that the time capsule would be uncovered 100 years from now – in 2116.

“It has been a wonderful year and we got to learn a lot about Beebe’s history,” said the Honorable William Swain Lee, Chairman of the Beebe Board of Directors. Events were held throughout 2016 to celebrate the 100th Anniversary, including the 100th Anniversary Cookbook, History Coffee Table Book, and DVD, Rock Your Life community seminar series, multiple appearances at parades, the Flash Mob performance in Bethany Beach in April, the 100th Year Beebe Ball, and more. To purchase 100th Anniversary items, go to https://www.beebemedicalfoundation.org/100th-anniversary/