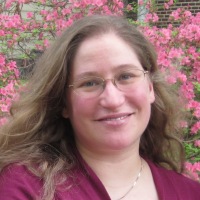 Peanuts have been in the news a lot these days. The incidence of peanut allergies has doubled in the last 10 years, now at about 1-2% of young children. Although peanuts are not the most common allergenic food, they can trigger the most deadly of reactions, anaphylaxis, a severe allergic reaction that can cause swelling, itching, difficulty breathing, wheezing, vomiting, loss of consciousness, and possibly even death. The reaction will happen within minutes to an hour after the ingestion, and requires immediate emergency treatment.

If you have a child in elementary school, you are likely very aware of this, because the friendly childhood staple PB&J sandwich has been banned from many school grounds. For years, parents were told by pediatricians (including me) not to introduce peanuts until their child is 3 years old, to help protect them from developing a peanut allergy. However, studies did not support this as an effective strategy, so in 2008 the American Academy of Pediatrics dropped this recommendation and released a clinical report saying that there is no evidence to wait to introduce potentially allergenic foods. Yet there is no data to support an ideal introduction age, particularly in children who are at high risk. And the problem of life-threatening peanut allergy is worsening. It seems this is a tough “nut” to crack…

There is hope, however, that we may be able to turn this trend around. A New England Journal of Medicine article just published on February 26, 2015 presents impressive data to show that exposure to peanuts before one year old can significantly reduce the risk of developing a peanut allergy.

In my interpretation, there are a few limitations of this study. First, no mention was made of maternal consumption of peanuts and the babies’ breastfeeding status. It has been shown that peanut allergens do come through breast milk, so this is a potential exposure source whose effect on infants is unknown. Second, the study excluded low-risk infants (everyone who doesn’t have severe eczema, egg allergy, or both) as well as the small proportion of infants who screened significantly allergic to peanuts at the start of the study, so the effect of early peanut consumption on these groups is unknown.

Okay then, how do we then interpret this? It’s not that peanut consumption between 4 and 11 months will reduce the risk of developing an allergy to zero, but for these high-risk babies who were not sensitized or were mildly sensitized to peanuts, early exposure did show an impressive reduction in risk. And of course early introduction did not increase the risk of peanut allergy, which can likely be extrapolated to the general population.

So, if you have a child that is 4 months and up (6 months if you are exclusively breastfeeding) who is not at high risk for peanut allergy (those at high risk should still be tested by a doctor first) and who has already tolerated some baby foods, and you would like to give them a taste of nutty heaven, fear not! Well, not too much--it may be common sense but I’ll reiterate it just the same: don’t give your baby a big spoonful of peanut butter or a handful of crushed peanuts, as these are most definitely a choking hazard. Instead, spread a thin layer on a cracker or teething cookie and let them have at it – then sit back and enjoy that adorable toothy smile.

Stacey G. Fox, MD, FAAP, is a Board Certified Pediatrician with Beacon Pediatrics, which is affiliated with Beebe Healthcare. Beacon Pediatrics is now accepting new patients and is also available for scheduled urgent appointments for children who are visiting the area. The office is located at 18427 John J. Williams Highway, Suite 212, Rehoboth Beach, DE 19971. For more information, call (302) 645-8212 or go to BeaconPediatrics.