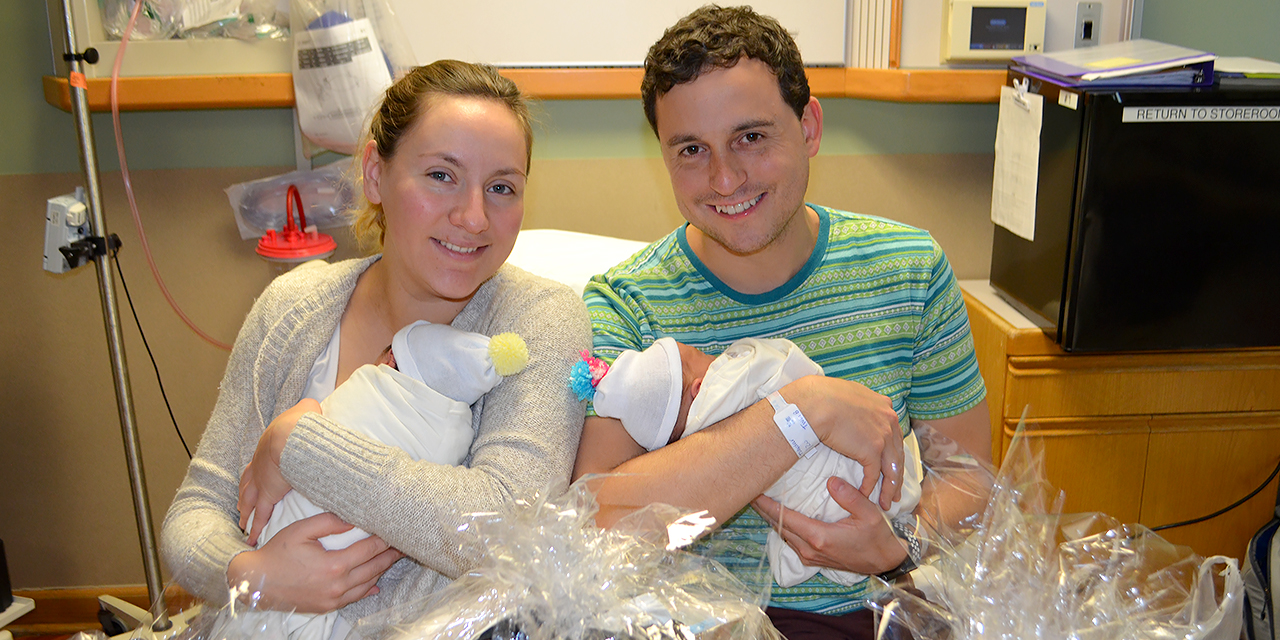 Possibly for the first time, Beebe Healthcare’s first baby of the new year is a set of twins!

The babies were born just after 1 a.m. on New Year’s Day. Olga and Eric Tsavdar of Millville said they were not expecting to have the first 2020 babies; the babies weren’t due for a couple more weeks.

“We knew early on that we were having twins, but it was a surprise for us because there aren’t any other twins in our family,” Eric said. “When we found out, we were shocked and delighted.”

Twins Levi and Eliza are both doing well, says Olga.

“We just want to thank the entire Beebe team – the nurses, CNAs, and Dr. Angela Caswell-Monack who delivered the twins. They really worked with us and stuck with us so that it was possible to have a natural delivery, which is what we were hoping for,” Olga said. “We can’t say enough about all the support we have gotten here at Beebe.”

Beebe Healthcare Executive Director of Women’s and Children’s Services Bridget Buckaloo presented the family with gift baskets, which has become a Beebe tradition.