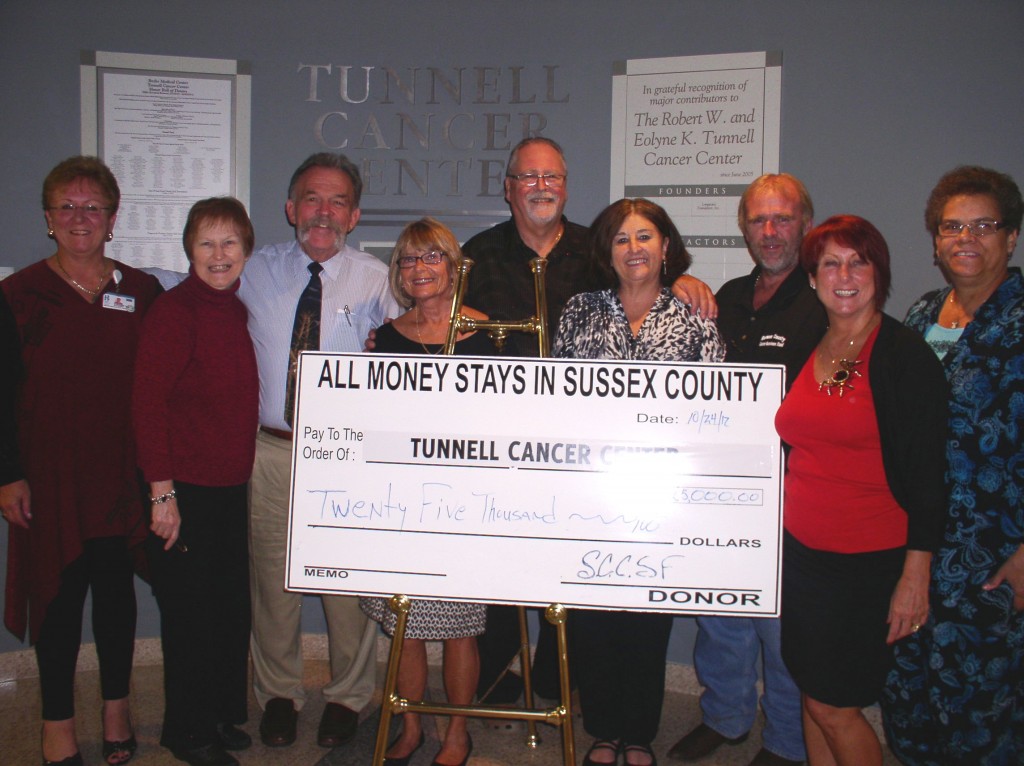 SCCSF raised the money through fundraising events throughout the community in 2012. Several local organizations helped with the fundraising efforts, and many people also donated funds.

“We have had wonderful support,” says Bevann Kubala, RN, a nurse at Tunnell Cancer Center and an active member of the organization. “One great group that worked hard to raise money are the Miracle Angels who are affected by cancer, either because they are cancer survivors, or they have a loved one who is a survivor. This group of special people held several yard sales and sent letters to family and friends requesting donations.”

The Cancer Patient Special Needs Fund assists individual patients with limited financial resources. The funds help in covering emergent expenses such as prescriptions or co-pays for medications, medical supplies (i.e. wigs, mastectomy prosthesis), nutrition, essential living expenses, and transportation. Over the past year, the Special Needs Fund assisted 51 cancer patients with a variety of urgent needs, including bills for medicine, utilities, and transportation. A total of $31,600 was spent through the fund in 2012.

The Sussex County Cancer Survivors’ Fund, a non-profit, fundraising organization, was founded in October 2008 and has raised more than $100,000 for Tunnell Cancer Center’s Cancer Patients Special Needs Fund. Organizers include: Bevann Kubala and her husband Neal Kubala, Frank Shade, Kenny and Suzette Hopkins, Betty Streett, Jackie Sopa, and George O’Shea. Those interested in getting involved with the organization can contact Bevann at (302) 947-2224.