What Role Does Nutrition Play in Brain Health? 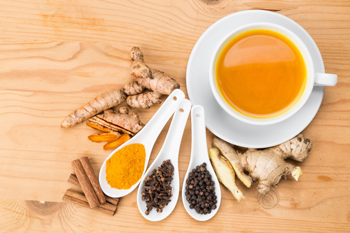 With the fascination about human brain study coupled with the aging baby boomer’s passion about health, a new area of study and practice has arrived.

Brain health remains one of the most popular and researched topic in healthcare today (Naussbaum, 2015). Despite studies, we still have a primitive understanding of how the brain works.

Brain health is a process by which a person participates in behavior and environments to shape the brain to a healthier presence. Articles about brain health permeate not only healthcare, but the business sector, insurance industry, assisted living, libraries, media, and religion. Brain health really is a lifelong take-charge behavior that includes social relationships, exercise, mental stimulation, proper nutrition, and spirituality. Considering that nutrition is one of the important factors in brain health, learning what to feed the brain stands as a priority.

Spices used for hundreds of years as food supplements or pharmaceuticals now receive recognition for their powerful influence for a healthy brain. Studies show evidence that these plant-based foods may lower the risk of degenerative diseases such as Alzheimer’s (Mirmosayyeb, 2017).

These plant-based foods merely do not add just flavor but these substitutes may stop or prevent neurodegenerative mechanisms related to aging.

Spices such as saffron, turmeric, pepper family, zingier, and cinnamon, not only decrease inflammation, but these spices also play a role as antioxidants preventing acetyl cholinesterase and amyloid B accumulation. Amyloid is aggregated protein in the form of insoluble fibrils. Amyloid deposition in human tissue—amyloidosis—is associated with a number of diseases including all common dementias and type II diabetes.

Information for the effectiveness of these spices has been published and reviewed by Medline- PubMed, web of sciences, Embase and Cochrane databases as recently as June 2016. All of these spices are under current research. The following information highlights the research and provides insight to the individual searching to improve brain health through nutrition.

The flower Crocus sativus displays bright orange red pedals which receives recognition as saffron, belonging to the Iridaceae family of Asparaagales (Mirmosayyeb, 2017). Saffron’s usages include not only a food supplement, but also as a dye, and it is used to help separate various chemistry compounds.

In utilizing saffron in test tube research, amyloid aggregation was prevented. Remember amyloid prevention stops the destruction of brain cells. Saffron has been compared to the drug donepezil in Alzheimer’s disease research and has shown similar effectiveness (11).

Animal studies show saffron has a positive effect on the cognitive behavior of adult rats. With its antioxidant properties and as a metal-chelating compound, it provides a means in which minerals can be absorbed faster and more effectively by the body.

When compared to tomatoes and carrots, saffron has stronger antioxidant activity. Three clinical trials with humans showed saffron’s use and effectiveness and safety in Alzheimer’s patients. Additionally, a one-year study showed it compared to a drug known as memantine for decreasing cognitive decline in patient’s suffering from moderate to severe Alzheimer’s Disease.

Turmeric or curcumin, an ingredient of Indian curry powder, comes highly rated by scientists. It is widely used for not only its flavorings, but also used by the Indian Ayurveda medina and other Middle East and Asian countries (Mirmosayyeb, 2017).

Studies point to the powerful antioxidant and anti-inflammatory properties. Curcumin interacts between heavy metals such as cadmium preventing poisoning of the brain by these metals. Researchers feel that these discoveries support curcumin’s inflammatory damage prevention.

Curcumin’s insolubility in water decreases its bio-availability. However, when cooked, turmeric becomes more available to be absorbed into the body’s cells. Using a bit of oil during the cooking process increases the ability for it to be absorbed as well.

Utilized in a broad range of folk medicines and as a flavoring agent, cinnamon’s identity as an antioxidant agent has been verified. Applying cinnamon therapy in diabetes have shown improvement in fasting blood glucose levels. New studies show cinnamon has properties for future use as an anti-insulin resistance effect meaning it would help those individuals whose bodies cannot use insulin.

One study shows that piperine in any dose can improve memory. As its anti-inflammatory effects pipeline may help nutrient absorption by decreasing irritation at the absorption site. Studies have proven that it does not mutate cells and cause cancer. Studies of pepper in mice show it improves the memory of those with memory impairment.

Ginger contains plant-derived chemical substances that are valuable for health and well-being. Although noted for its pleasing aroma, its strong sharp taste may not be pleasurable to some individuals.

Research has shown improvement in brain functioning because of its antioxidant properties (Mirmosayyeb, 2017). Ginger prevents oxidative stress in the brain. Simply explained ginger halts an imbalance between the production of molecules that induce aging and the ability of the body to counteract or clear their harmful effects.

The Path to Improved Health

One specific diet does not define what is best for brain health but eating healthy is the key to overall health.

Choosing foods and supplements that nourish your body and brain can prevent or delay health problems including conditions that increase your risks for dementia.

The best nutrition for brain health includes the following: eight ounces of fish weekly, six servings of fruits and vegetables daily, legumes, nuts, seeds, and grains. Also, elimination of trans-fats and the reduction of sugar remain important for health (Turner, 2016).

Since no cure for neurodegenerative diseases such as Alzheimer’s exists, many individuals could have a sense of futility when it comes to working to improve brain health. The study of neuroscience provides proof now that personal control over health can provide a brain that functions in balance and at near-peak performance through a lifetime. The old adage remains true – “You are what you eat.” 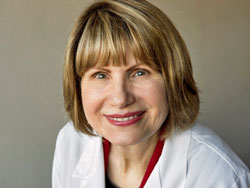 Lynn Toth, DNP, MSN, RN, NP-C, is a cardiovascular medical specialist at Beebe Healthcare and coordinates the heart failure and stroke programs serving as chair. She received the Delaware nurse excellence award in 2014 and serves as the chair for the American Heart Association Advocacy Committee for Cardiovascular Disease in Delaware. For more information on Beebe Healthcare, go to www.beebehealthcare.org.

Caption: Shown is a tea made with turmeric, black pepper, cinnamon, and cloves. Simply boil water with the spices. Once boiling, turn off heat, and add your favorite tea bag. Enjoy!