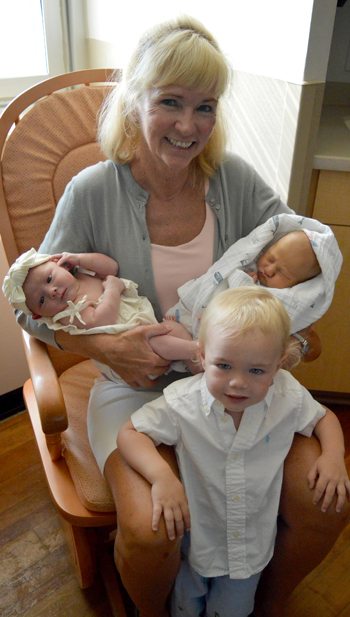 Long-time Lewes family, the Marshalls, can count their Beebe Babies back to the early days of Beebe. At the end of July, they welcomed two more Beebe Babies – on the same day!

“It was incredible and unexpected,” said Diane Marshall, grandmother to the two babies. “No one expected to welcome them both on the same day!”

Holly McKiel, DO, delivered both babies.

“We really didn’t expect it, but I think about two weeks earlier, I had joked that it would be the same day,” said Drew Keen.

It isn’t the first time the Marshalls have welcomed cousin babies on the same day. Taylor’s sister, Meredith Marshall, was born on the same day as her cousin Joseph Andrew “Andy” Miller. He is named after his mother’s grandfather Joseph Marshall.

“It seemed meant to be, so when it came time to name our son, we decided on Joseph Anthony, to continue the tradition of all the incredible Josephs in our family,” Taylor said. 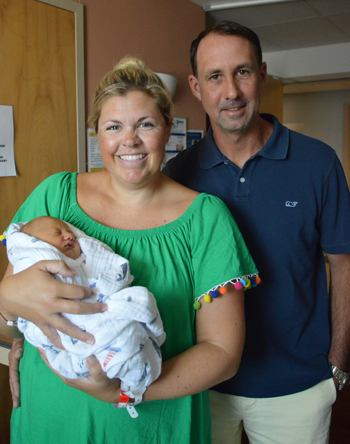 “It’s crazy … I still can’t believe it happened this way,” Bridget said. “Our families have a long tradition in Lewes and here at Beebe, so it is a great feeling knowing we could welcome the newest members in such a special way.”

Nelly Marshall is named for Bridget’s grandmothers and the middle name, Holiday, for her grandfather.

Beebe recently announced a $10 million gift from the Ma-Ran Foundation, which will partially fund a four-story patient wing and Margaret H. Rollins Pavilion on the Savannah Road campus. This gift and the proposed $180 million facilities and services expansion, will include the creation of a dedicated new Women’s and Children’s Department on the second floor where more Beebe Babies can be welcomed in state-of-the-art facilities.

Above, Taylor and Drew Keen with baby Joseph Anthony.