The Long-Term Effects of Vaping are Still Unknown 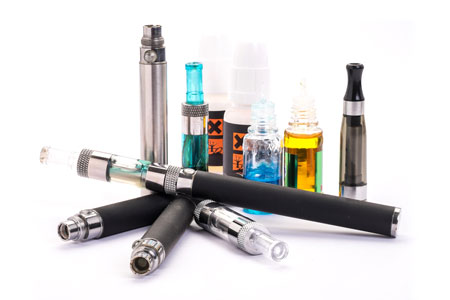 What is Vaping?
Vaping can be defined as the act of inhaling vapor from e-liquid through a personal vaporizer.  When users draw on the device, a battery within heats the liquid, which is then atomized into an inhalable vapor. The main components of e-liquid are propylene glycol and/or vegetable glycerin, artificial flavors and nicotine.  Electronic cigarettes, or e-cigarettes, are a form of vaporizer.

Are e-cigarettes safe?
E-cigarettes contain a mixture of propylene glycol, glycerin, nicotine, and flavoring agents approved by the U. S. Food and Drug Administration (FDA) as "Generally Recognized As Safe (GRAS).” When this mixture is heated, a group of compounds called carbonyls (like formaldehyde and acrolein) are produced. The amount of these compounds produced depends upon the ratio of glycol to glycerin in the vaping fluid and the temperature to which it is heated.  What complicates the picture is there are more than 500 brands of e-cigarettes and more than 7,000 flavors of e-cigarettes in the market. Also, levels of toxins in e-cigarettes varies within and between brands.

Flavors in e-cigarettes also cause concern.  Although flavoring agents are considered safe, they are safe for use in food.  We don’t know if they are safe to inhale.  For example, Diacetyl, a buttery favored chemical often added to food products such as popcorn, has been found in some e-cigarettes. Diacetyl can cause a serious and irreversible lung disease commonly known as popcorn lung.

The U.S. Surgeon General has found that exposure to nicotine during pregnancy harms the developing fetus, and causes lasting consequences for the developing brain and lung function in newborns. Nicotine also has a negative impact on adolescent brain development. Nicotine use during adolescence and young adulthood has been associated with lasting cognitive and behavioral impairments, including effects on working memory and attention.

What is most concerning is that the use of e-cigarettes has quadrupled in teens in the last four to five years. Many teens who reported trying e-cigarettes also reported never smoking a cigarette, which could mean that e-cigarettes may act as a gateway to regular cigarettes. Teens may start off by trying e-cigarettes out of curiosity and, with the various flavors available, get addicted to nicotine, and then move onto smoking cigarettes as they crave more nicotine.

Do I recommend e-cigarettes to my patients?
I wish there was a straight answer. I do not recommend e-cigarettes as a first option to patients. There are therapies that have been proven to be effective and they should be used first (e.g. nicotine replacement therapy, Wellbutrin, Chantix). However, in particular circumstances in which someone is trying to quit and already has been unsuccessful with other options, I do not discourage e-cigarettes.

Recently, we conducted a questionnaire survey to assess knowledge, beliefs and perceptions of risk regarding electronic cigarettes. The results suggest that both consumers and healthcare providers not only believe e-cigarettes are harmful and addicting, but that they are not dependable options in helping people quit smoking. Here are some of the results:

There is a lot we don’t know about e-cigarettes, including their long-term effect on our health and safety as there is no long-term research data. In my opinion, e-cigarettes are probably less dangerous than traditional cigarettes, but are still not safe.

Vikas Batra, MD, is a pulmonologist on the Beebe Medical Staff. He is Board Certified in internal medicine, pulmonary medicine, sleep and critical care medicine. He also is fellowship-trained in pulmonary, critical care, and sleep medicine, and is certified to perform the bronchial thermoplasty procedure. He sees patients at Sussex Pulmonary & Endocrine Consultants in Lewes. For more information, go to www.beebehealthcare.org.

Atrial fibrillation, also known as AFib, is the most common abnormal heart... END_OF_DOCUMENT_TOKEN_TO_BE_REPLACED

How Does Smoking Affect My Heart

The damage tobacco inflicts on a smoker’s heart and blood vessels tends to be... END_OF_DOCUMENT_TOKEN_TO_BE_REPLACED

While our risk for heart disease increases with age, and is influenced by our... END_OF_DOCUMENT_TOKEN_TO_BE_REPLACED

Women and Heart Disease – Take Steps to Decrease Your Risk

Men are from Mars and Women are from Venus , a best-selling novel many years... END_OF_DOCUMENT_TOKEN_TO_BE_REPLACED

The Benefits of Robotic Bariatric Surgery

Losing weight and keeping it off can be a life-long struggle for some. In... END_OF_DOCUMENT_TOKEN_TO_BE_REPLACED 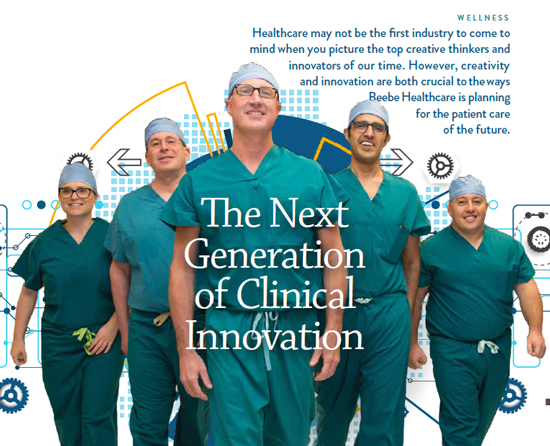 Are You Ready to Quit? 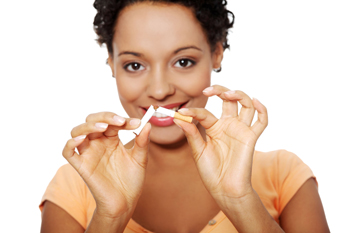